The Department of Social Services has issued a major circular in 2018 July. Many more applications were submitted against this circular. Setting up permanent tests for some official issues of DSS. The petitioners had earlier stated that the Department of Social Services would no longer have a lawyer date. But now to remove the frustration of everyone to take the BSS exam Admit Card Download has instructed.

The Union Somaj Kormi Exam will be held on December 24, 2021. One of the DSS officers, DSS exam, has been determined by the BSS officers and the list of exams has been announced. Centers for the exam have been fixed at Dhaka City, Keraniganj, Savar, Dhamrai, Tongi, Gazipur and Narayanganj. Many may have lost their User ID and Password as the exam was held many days after the application. They will be able to download Admit Card by visiting http://dss.teletalk.com.bd/. 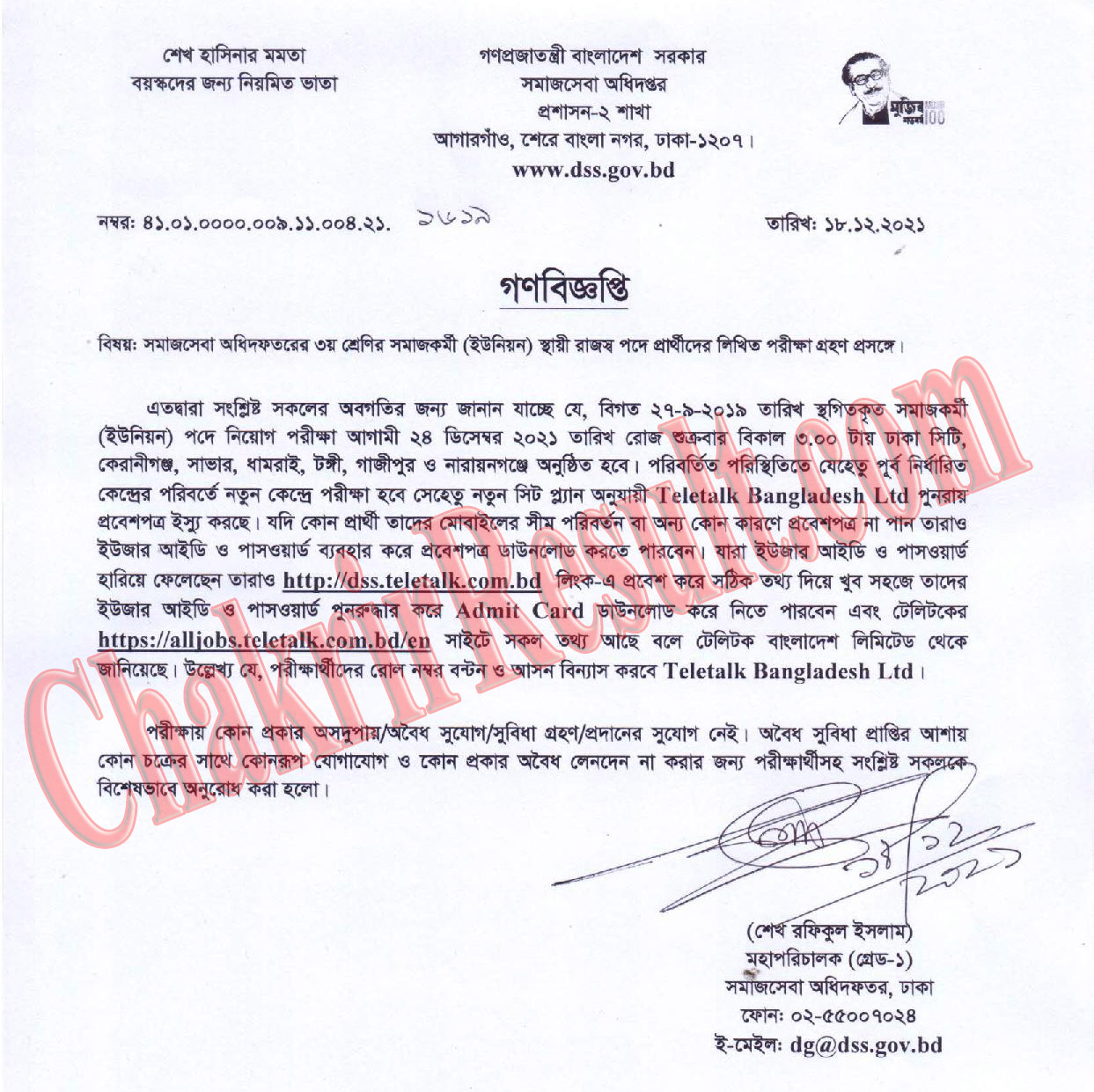 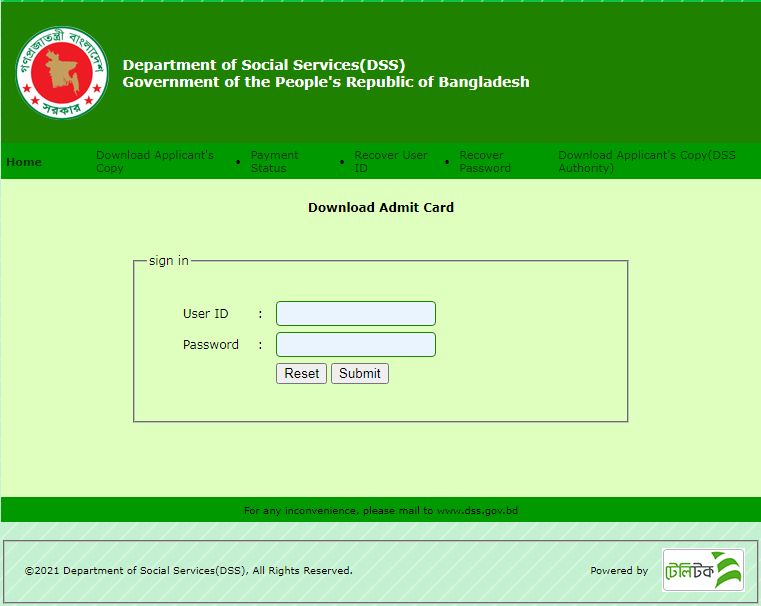 Then you need to click on the DSS entry form.

Your entry form will then be ready for download.

Finally, you will click on print with your admit card.

You probably know when the Social Service Department has published the September 1, 2021 notice of the date of the job examination and the seating notice.